I for one actually prefer a #Leaderless #FOSS movement. Bound by principles of software Freedom we all defend and fight for. I don’t need heroes for that.

In that sense I thank RMS for defining #SoftwareFreedom. It is now up to all of us to continue to fight for Software Freedom.

@jwildeboer I agree, but I also think that there's a value in people that have a strong and incorruptible opinion. Especially when you have big technology companies around that try to exploit the FOSS movement and direct it towards their own goals.
Otherwise Microsoft and Google will turn themselves into leaders. And sadly, I believe they already are.

@t0k But heroes fail and risk the movement to fail with them. The whole RMS discussion perfectly proves that right now. Infighting that hurts the movement.

@jwildeboer Yes indeed, personality cult is not what we need.

I know the FSF and RMS for their ideals. For example I knew about Copyleft for a while without knowing about RMS.

You're right, we need more resilience. What can we do that a defamation attack on a single person does not subvert the movement?

I don't think that 'leaderless' is a stable strategy. There will always be somebody trying to become a leader. And out from total chaos this is easy.

@t0k One reasonable approach is to make sure that official leaders have to be elected in transparent ways and can not stay on forever. But more important IMHO is to focus on decentralised education about the goals of Software Freedom.

Alexandre Oliva @lxo@gnusocial.net
that's just a way to make sure that those who own the money can buy their way to leadership and defeat the movement. haven't you heard of elections before?
1
Apr 08, 2021, 10:26

@lxo the alternative however IMHO cannot be self-appointed leadership positions for life, without any say by the wider community.

Alexandre Oliva @lxo@gnusocial.net
there's nothing wrong with social movements protecting themselves from hostile takeover, quite the opposite. democracy operates perfectly well at another level, in which people choose which movements to support, without people getting to vote on the leaders of e.g. political parties they oppose
1
Apr 08, 2021, 17:22

@lxo there’s also nothing wrong with a social movement deciding that their self-appointed leader is not the right representative anymore, IMHO.

Alexandre Oliva @lxo@gnusocial.net
that's too easily abused for hijacking and hostile take-over. why won't corporations driving this allow just anyone to vote on their leadership?

the honest social movement leader would voluntarily vacate the position in the interest of the movement if the calls for that were honest. hijackers will instead look for (unconvincing, 6k x 3k) excuses to take over an honest movement that doesn't stand for what they wish.

you'd have been welcome to join our movement, but you've always made it a point to signal your disagreement with our goals, and your alignment to one that is somewhat-overlapping in activities but mostly unrelated when it comes to goals.

with that history of rejection of our movement's goals, why should any of us take your opinions into account about who's suited to lead our movement?

enable us all to choose the leadership of the orgs you support first, so as to not come across as hypocritical, and then we can talk about reciprocating
0
Apr 07, 2021, 11:41 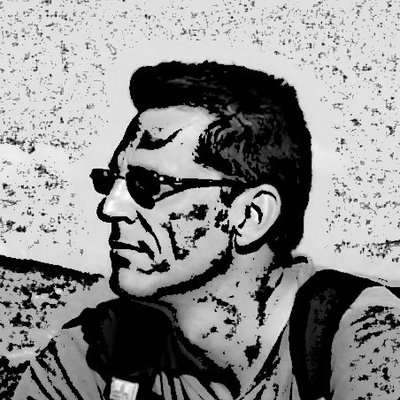 @jwildeboer Probably we don't have the same definition of the term leader or leadership. To me, everybody which has a clear opinion and / or a way how to accomplish things that many people agree with is leading.

I agree that we don't need one or only a few leaders. But the free and open software world is IMHO in need for lots of leaders.

smpl @smpl@nixnet.social
@jwildeboer
I'd argue that's what we already have. I don't think anyone is writing free software as a favor to RMS or the FSF, perhabs some person is, but I don't think that's true in general. RMS however ignited an ideological idea that was neccesary to be formulated when big (not then) companies like Microsoft started to close source code and forbid sharing.

It's a hard battle to win, because the average end users rarely care. To them all software is closed source. In the end the average user is what drives the market. I think that's one of the reasons OSI was formed. To make people aware of the advantages of open sourcecode and not focus as much on the liberties. It ended up mostly persuading coorporations and most end users still see no difference.

I think there is a golden opportunity for all those who are unsatisfied with the FSF to form a new organisation to address the average end user problem. We need that.
0
Sign in to participate in the conversation